Shift the weight around in the plane, rather than shifting the lift point around using control surfaces (ailerons, elevators, etc).

In this attempt on making a flying object which uses weight shift, I decided to use standard servos to see what I could get away with. The stepper motors I want to use would take time to get here and I am impatient on this one.

Definitely the conclusion on the DS939MG servos is that they are not really made for aircraft much bigger than a 1m wingspan. After that the mass just steps up too much and they don’t handle it. Even though I kind of know this when smashing tests together, I do them anyway just to prove concepts.

This case was no different. It flew!! The weight shifting worked, but the servos were under powered.

It’s a 1950mm wide wing. The mass is just too much for the hardware. It was not the intention to make the central fuselage so thick (130mm) , I wanted enough swing from the servos to shift the weight far enough during flight. I didn’t want the weight shifting gear hanging out in the air stream. Hence the thickness to enclose the weight shift system.

The 2.5metre wingspan plane I made over 6 months ago had the same problem with hardware. It glud (Yes, glud is now a real word) down the local hill perfectly with no electrical control system mounted. However, upon installing the control system, the 0.25Nm (2.5kg/cm)  servos were seriously outgunned.

I wanted this to be a easy rebuild wing. By that I mean to have a decent weight shifting fuselage whereby I could just slam on a couple of roughly shaped 50mm thick EPS foam wings.  If I destroy them I can just go put on another couple of sheets of foam. A quick general testing platform. If I could control stall, then very slow landings are possible.

The tail plane you see here is to control AOA (Angle of Attack) as there’s not reflex or tip twist. I prefer this method to putting reflex or tip twist in the wing as both involve complex shaping which would contravene the Purpose.

In conclusion. A successful test. I’ll scratch my chin on making a sub 1m wing which can use the small servos. A small wing also fits in the car more easily. 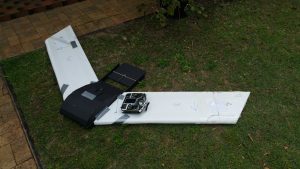 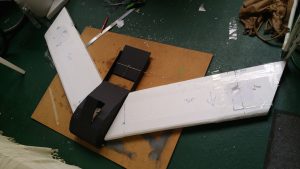 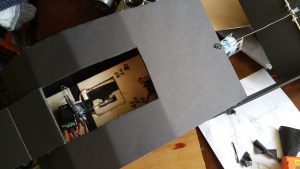 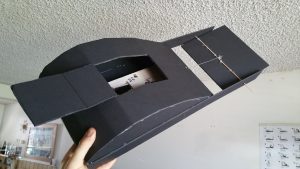 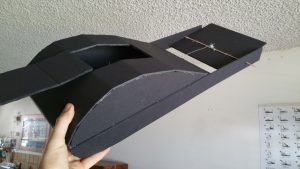 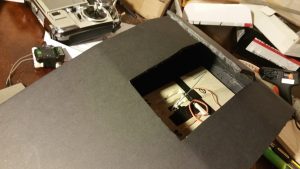 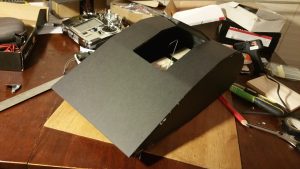 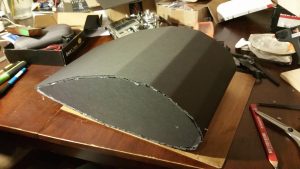 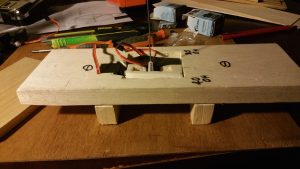 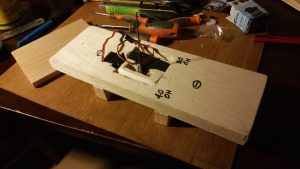 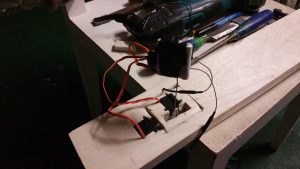 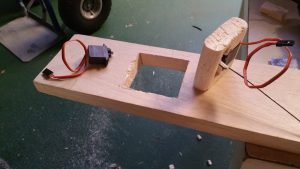 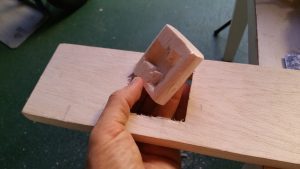 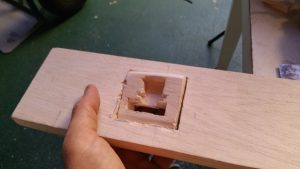 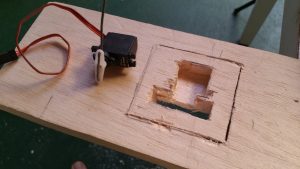 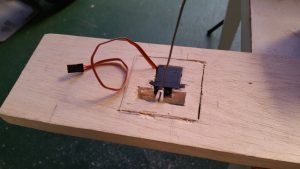 Looks like fast steppers are not readily available. Messing with standard servos now. It appears this stepper is not fast enough. It only does about 15rpm. NeeeeXt. Why am I looking at stepper motors?

Well with pretty much all planes we alter the shape of the airfoils to move the centre of lift (COL) relative to the centre of gravity (COG). In this I hope to do the reverse and change the COG relative to the COL. Much like a hang glider or windsurfer does. Thus we can try many more wing types more quickly as we won’t have to deal with making flaps, inserting control horns, mounting servos etc.

Let’s see how we go.

I bought this stepper and hardware driver off Ebay for about $AUD4-.

which appears to be a regular Darlington array. This is the data sheet link